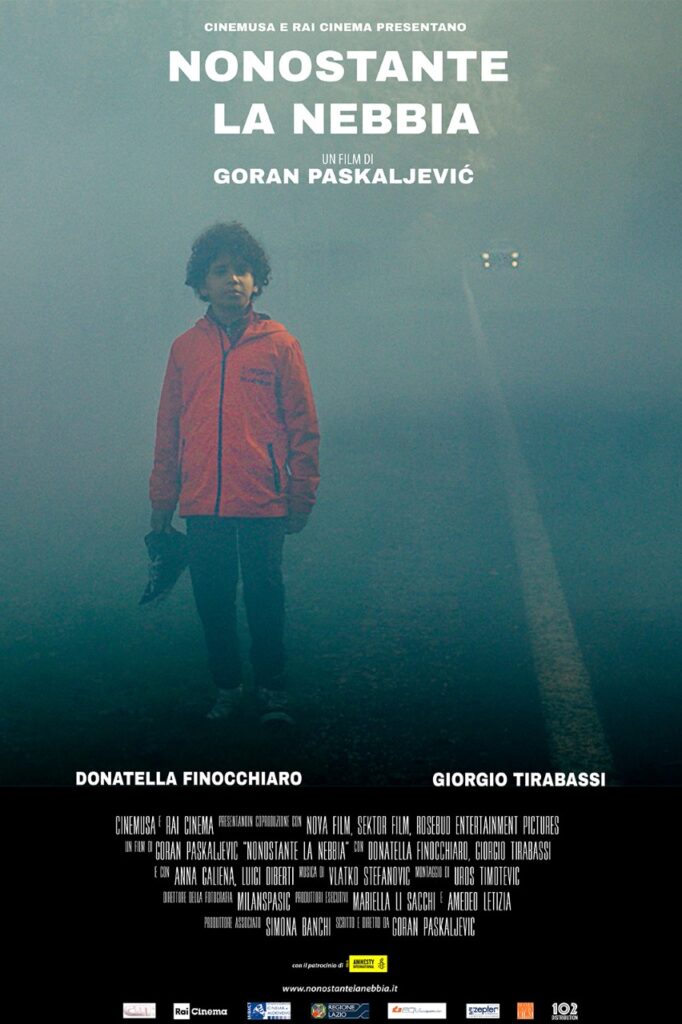 According to Interpol, over ten thousand refugees of minors without parental care are wandering today in Europe, half of which are in Italy. “Despite the Fog” is a movie story about one of them: a refugee whose parents drowned while traveling by rubber boat on the Italian coast, is accepted by a family, which has lost a child as a sort of replacement for their early deceased son. But they are increasingly confronted with resistance from the environment and their own family, who do not accept their decision. It is also the story of a world that is increasingly sinking into xenophobic fog..