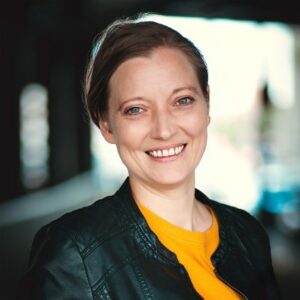 Esther Maaß is a classical theatre-trained German actress who turned to feature films after a few years performing on stage. Apart from occasionally appearing on German TV series she appears as main protagonist mostly in “Genre movies”. For her leading role in “Ingenium” (2018) she got awarded as “Best Actress” four times at international film festivals and received numerous nominations. As part of DEA´s jury, Esther has a fine sense of “reading between the lines”, of judging films on an emotional narrative and actor´s performance level. 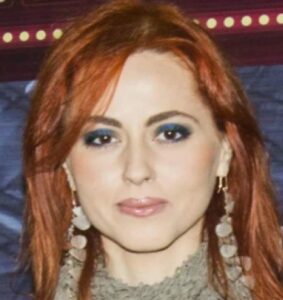 Adele Budina is an Italian-Albanian producer, which promotes Albanian culture in Italy through twinning and prestigious events. She started working in the field of cinema at the age of 16 playing a role in “Letters to the Wind” (2001) and in “Palm Sunday” (2003). In 2010 she was the coordinator of the production of the feature film “Balkan Bazaar”, an Italian-Albanian co-production. 2011-2014 worked in the diplomatic sector of the Albanian Embassy in Rome. In 2015 he created the production company A. B. Film in Tirana, which has produced three feature films (2017-2019) and eight television documentaries. In 2017-2019 she has been a member of juries at several Italian film festivals. 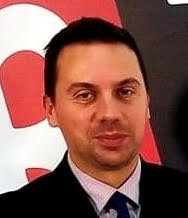 Redi Mazi was graduated in Film and TV Directing in Rome (BA 2005) and from the University of Arts in Tirana (MA 2013). He has been working for 11 years as a director in the Documentary Film Production Sector at Albanian Radio and Television. He realised as a director and screenwriter 12 documentaries, 2 short films, several music videos, 4 of which have won awards, TV shows and programs, etc. He is currently working on two other documentaries.